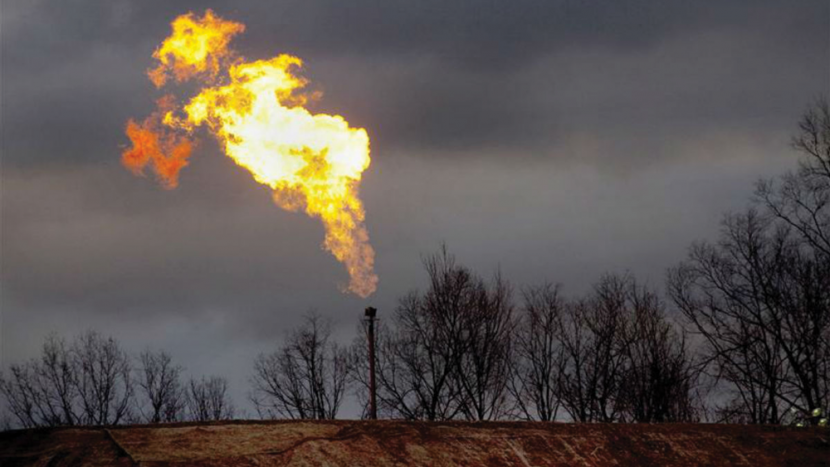 On Saturday, Dr. Mann participated in a panel discussion at the Queens Museum entitled, “Climate Wars: Propaganda, Debate, and the Propaganda of Debate.” The panel was organized by The Natural History Museum, a new curatorial initiative that highlights the social and political forces that shape nature and provides a platform for scientists to speak politically.

In the lead up to the 2015 Paris U.N. summit, said Mann, pressure needs to be applied to policymakers now.

“We have no time to lose if we’re going to prevent warming below the dangerous 2°celsius threshold, we have to act now,” he said.

On September 21, the People’s Climate March saw record numbers of people protesting against climate change in New York City. Organizers of the march estimated 310,000 people by 3:00pm the day of the march, but also suggested that the number could have been closer to 400,000 to include those marching outside the official route.

Following the march, an estimated 3,000 protesters attended Flood Wall Street, a civil disobedience action designed to highlight the connections between capitalism and climate change and to disrupt business-as-usual on Wall Street.

Mann noted the role of Flood Wall Street’s act of civil disobedience in public discourse, stating that “historically [civil disobedience] was a very important part of the civil rights movement,” but also stressed the importance of continuing to place pressure on official U.N. policymakers to enact the immediate change necessary. Although the Climate March was “mostly symbolic,” Mann said he believed it “really changed the conversation, at least temporarily, and hopefully permanently.”

Mann remains hopeful on the prospects of climate change, and is positive that progress is being made via international law-making channels (pressured by popular awareness campaigns). Mann cited the Rockefeller Foundation’s divestment of $860 million from fossil fuels, citing this as a “real world impact” of the awareness raised by the Climate March.

Mann admitted that this, too, could be interpreted as a largely symbolic act, considering the trillions at stake in the fossil fuel industry. However, he stated that it marks the beginning of a number of divestment movements currently gaining ground, and is hopefully an indication of a “larger-scale change in behavior.”

Internationally renowned, Mann is frequently cited as a foremost expert on climate change. Most known for his “Hockey Stick Graph,” which illustrates the sharp spike in global warming of the last 200 years (indicating global warming’s correlation with human driven carbon consumption), Mann was a leading author on the Observed Climate Variability and Change chapter of the Intergovernmental Panel on Climate Change (IPCC) Third Scientific Assessment Report in 2001 (the report would go on to win the 2007 Nobel Peace Prize, together with Al Gore, for its contribution to the understanding of anthropogenic global warming). He spoke to Planet Experts on the pushback he has received from climate skeptics earlier this month.

The People’s Climate March was intended to send a message to the U.N. during its summit on September 23, and to call for immediate action to mitigate the crisis Mann’s research identifies. Despite the absence of leaders of the largest emitters—such as China, India, and Russia—Mann remains confident that political peer pressure will work in influencing effective change. “The People’s Climate March puts more pressure on the U.S. to go into those negotiations in good faith,” he said. “The administration can certainly say that they’ve done everything within their power to try and make progress in cutting carbon emissions here in the U.S. – the new coal-fired power plant standards that the EPA passed, new fuel efficiency standards. So the U.S. can go into these negotiations with credibility now in a way that they couldn’t have before.”

Mann is looking towards the next climate summit in Paris, set to take place next year in 2015, as the last definitive chance to stem the rate of global warming.

“Paris is probably our last opportunity to arrive at a treaty with teeth in it, with the ability to limit carbon emissions globally,” he said. “I think the U.N. Summit, along with the People’s Climate March, ratcheted up the pressure even more for progress to be made in Paris. Hopefully, policymakers and negotiators feel that pressure.”

To those who argue that the struggle against climate change is futile, Mann argues that it is necessary to continue to reduce carbon emissions.

“If we miss the 2°C mark, it doesn’t mean we just stop and give up – because 3°C degrees is worse than 2.5°C, and 4°C is a whole lot worse. So if we miss that exit ramp, we still have to do everything we can to get off at the next exit.”

Mann’s sentiments were echoed by many at the U.N. Climate Summit, particularly from leaders of nations most immediately threatened by rising sea levels. Many island nations, such as the small country of Palau, fear displacement of its citizens once rising tides make life uninhabitable. “We can continue business as usual,” said President of Palau Tommy Remengesau, “or we can choose a different road that will enable our critical habitats a chance to recover and sustain us.”

“A generation from now, we are looking at an entirely different planet.” said Mann, “It’s an ethical issue, it’s about what sort of planet do we want to leave behind for our children and grand-children, so we can’t just view it in scientific terms, or economic terms, or political terms – we have to view it as a moral issue.” 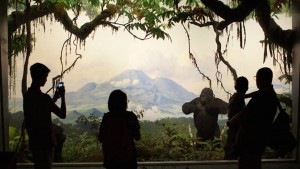 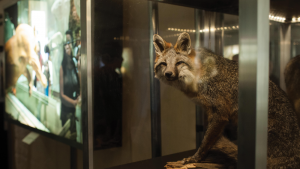 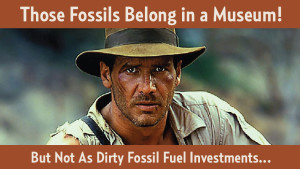