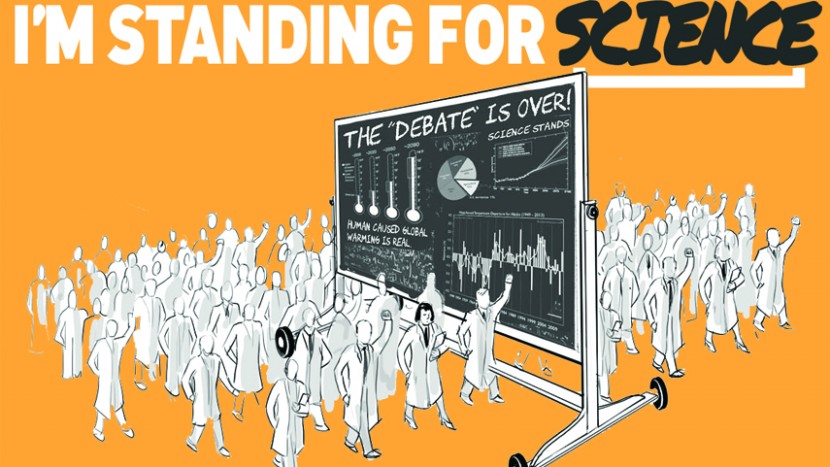 “Science is under attack. Elected leaders and wealthy individuals are waging a damaging, calculated war on the scientific profession… Join us as we march, thousands of scientists together, from Hayden Planetarium, the place where the public and science converge, to the UN Climate Summit joining hundreds of thousands of concerned citizens on the People’s Climate March in September.”