I am the former Director of the NASA Goddard Institute for Space Studies and currently an Adjunct Professor at Columbia University’s Earth Institute, where I direct a program in Climate Science, Awareness, and Solutions. I was among many scientists who raised early awareness of the reality of global warming and the threats it poses, but who are now distressed by the absence of an adequate policy response.

I am also a proud member of the American Geophysical Union (AGU), the largest association of Earth scientists in the world. The AGU is a well-respected institution that works to advance public understanding of science and holds a strong position on the urgency of climate action.

Stand with us scientists in telling the AGU: Stop accepting funding from Exxon Mobil, a company that misleads the public about climate change and is under investigation for doing so.

AGU members study our planet in so many different ways, yet we are all united by our quest for truth — a value ingrained in AGU’s own sponsorship policy, which expressly forbids AGU from accepting funding from any organization that supports science misinformation. This policy was put in place for good reason, and the AGU must start abiding by it — starting with Exxon.

Exxon has been deceiving the public about the science of climate change for decades — to the tune of $33 million in funding to climate denial since 1998 — and this deception continues to this day. As I write this, Exxon is funding climate- denying think tanks (like the American Enterprise Institute), trade associations (like the American Legislative Exchange Council), and more than one hundred climate- denying politicians.

Energy companies like Exxon should turn to large investments in clean energies. Instead, they financially support climate change denial and major public advertising campaigns designed to keep the world hooked on fossil fuels – even though the science shows that fossil fuel emissions must be phased out rapidly for the sake of young people and future generations.

That’s why I’ve joined with 300 of my fellow Earth scientists, including Kerry Emanuel, Charles Greene, Michael Mann, Nathan Phillips, and Bob Ward, on an open letter calling on the AGU to reject sponsorship from Exxon once and for all. Today, we’re asking you to stand shoulder-to-shoulder with us scientists by adding your name.

Despite our pleas so far, AGU’s Board decided at their last meeting to continue accepting funding from Exxon. In response, U.S. Senator Sheldon Whitehouse and Representative Ted Lieu backed us up with a letter of their own, finally prompting the AGU Board to vow to once again “review and discuss the information” at its next meeting this September. But nothing has changed yet. So, as we approach this September’s board meeting, we now need your support.

We’re working with The Natural History Museum and ClimateTruth.org to invite you, the public, to add your weight behind us. Join us in this collaborative effort between scientists and citizens. Help us remind one of our world’s great bastions of science that its leadership matters to us all. This September, as AGU’s Board decides if it will stand or falter in the face of attacks on its own science and scientists, the eyes of the world will be watching.

Please sign our petition to tell the AGU to drop Exxon sponsorship once and for all.

Our science shows that the inertia of the climate system, especially of the ocean and the great ice sheets, is not our friend.  We risk handing young people and future generations a climate system with built-in change so advanced that unacceptable consequences are practically out of their control. We have no time to waste — least of all on lending the social license of our scientific institutions to those who undermine our science.

Thank you for helping us hold the AGU accountable and for standing up for science – today and every day. 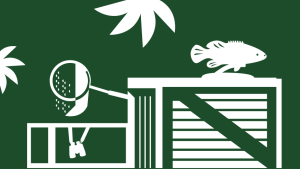 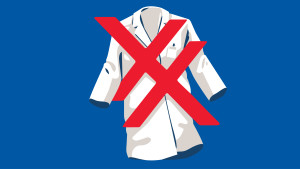 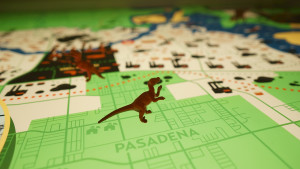