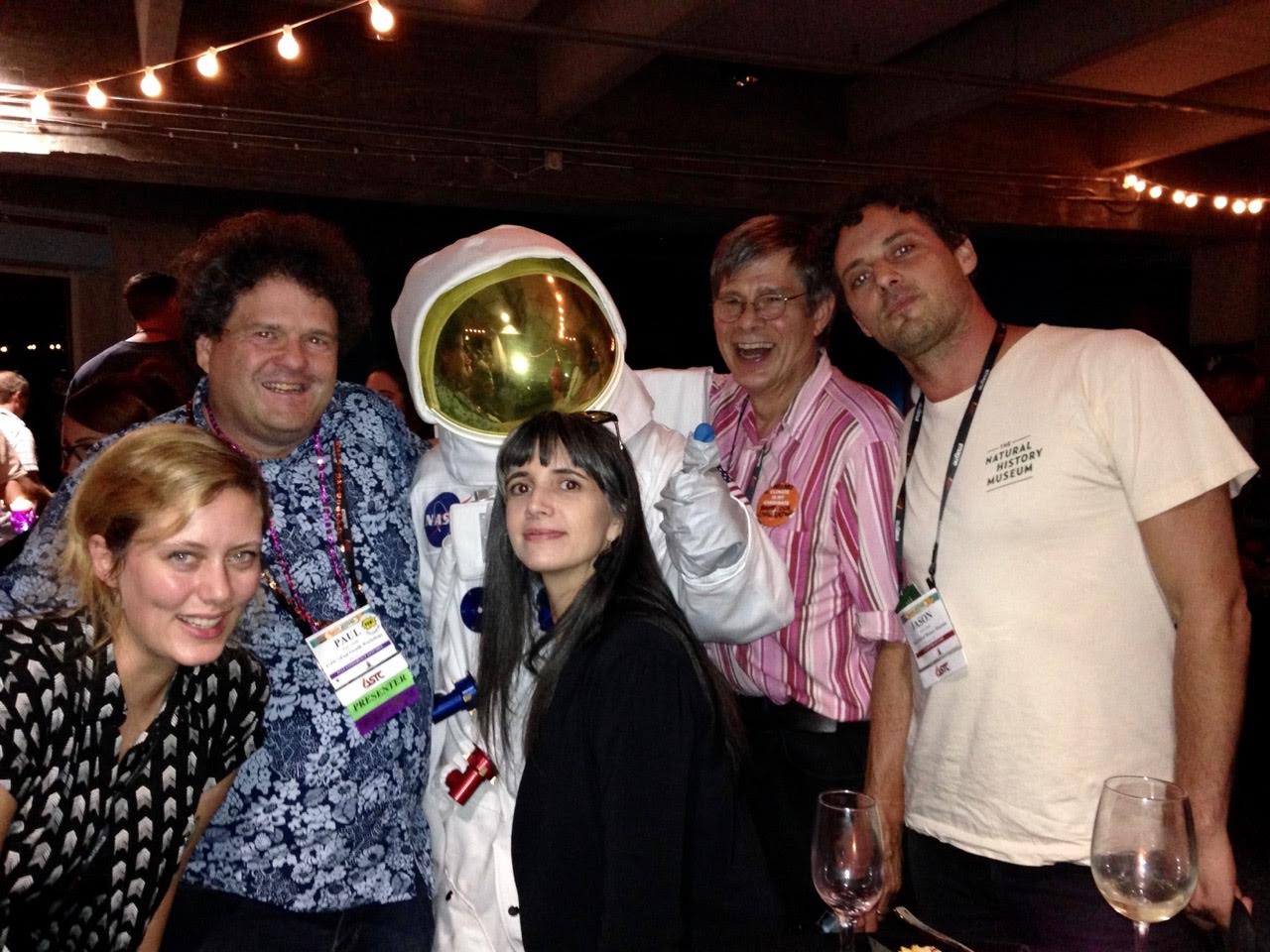 The Natural History Museum is in Tampa for the ASTC convention. If you’re around, come visit us at Booth #234. We don’t have our museum bus on the floor this year, but we have lots of buttons and shwag, and some shiny new programs to share with you.

1. Reframing the past to save the future
We’re now partnering with museums to develop programs that help make the subjects of science and natural history more relevant to the day to day lives of the communities you serve. We collaborate with underrepresented and traditionally marginalized community groups, scientists, and museum staff on pop-up exhibits, local bus tours, and alternative tours inside established museums. These programs pick up where traditional exhibits leave off–by connecting static displays to pressing contemporary concerns and world events. We do this primarily through Education and Public Programming departments. If you’d like to learn more, get in touch!

2. Standing Rock Sioux — museum sign-on letter
We initiated an open letter that was signed by nearly 1300 museum officials, archaeologists, anthropologists and historians decrying the destruction of Native American burial grounds and sacred sites by the Dakota Access Pipeline company. AAM’s President and CEO Laura Lott also released a statement, as did the American Anthropological Association and the Archaeological Institute of America.

3. Houston Exhibition, Community Tours, and Citizen Science
We recently wrapped up an exhibition that we developed with T.E.J.A.S., a Latinx-led community group based in East Houston, site of the world’s second largest petrochemical hub. Through installations, hologram projections, community-led “toxic tours” with our satellite museum bus, and a citizen science air-quality monitoring operation in partnership with scientists from Texas Southern University, we explored the social and environmental concerns that local communities contend with in a town replete with refineries but absent any zoning laws. A few images below.

A community organizer in the East Houston neighborhood of Manchester

Hologram projection of a T.E.J.A.S.-led “toxic tour” inside a mini-diorama.