From post-apartheid South Africa to occupied Palestine, from Tahrir Square to Tibet to ongoing efforts to restore Te Reo Māori toponyms, place-names have been meaningful symbolic fronts of anti-colonial struggle. This is also true in the US, where campaigns to rename places have emerged from broader landback struggles—for the repatriation or co-management of federal lands that remain sacred to the Indigenous Nations from which they were stolen.

In this panel, we will consider how place names served imperialist aims around the world, hear from activists and scholars behind successful renaming efforts, and explore h​ow campaigns to change place-names might be situated within a broader emancipatory project—of remapping the world to reveal the world in common beneath and beyond the colonial and capitalist world. 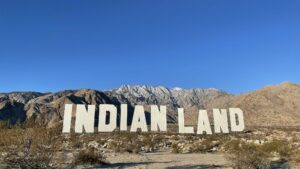 What’s in a name? Words as Monuments