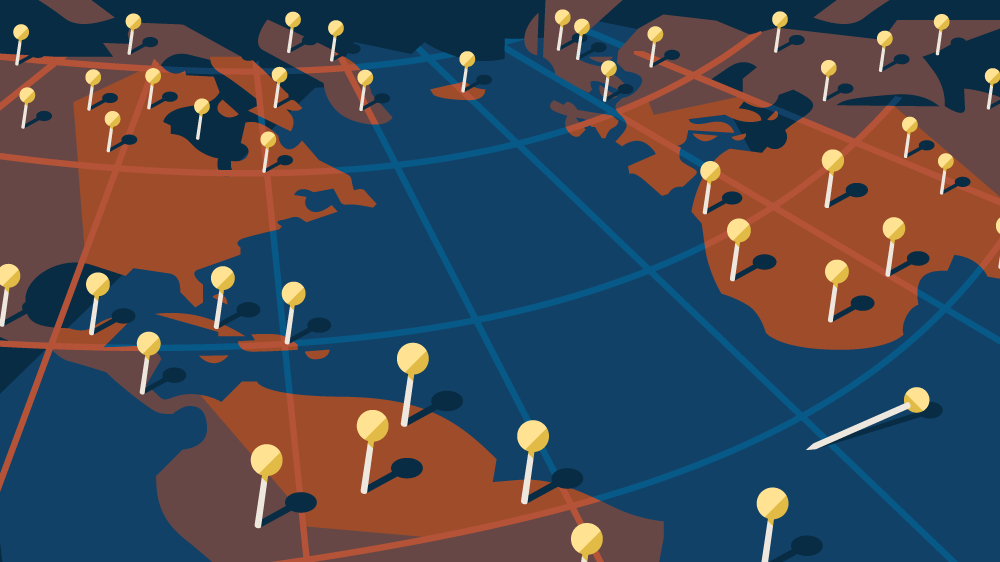 To build a global climate movement, we have to address the asymmetries in the burden of responsibility and the burden of impact. This requires that we acknowledge the ways inequalities are deeply embedded in the systems that continue to produce and deny climate change, hindering our abilities to mobilize against it. In the wake of the People’s Climate March, climate justice activists are shifting the discourse and building a movement.

Gopal Dayaneni has been involved in fighting for social, economic, environmental and racial justice through organizing and campaigning, teaching, writing, speaking and direct action since the late 1980’s. He currently serves on the Staff Collective of Movement Generation: Justice and Ecology Project, which brings a strategic understanding of ecological crisis and transition to racial and economic justice organizing. Gopal is an active trainer with and serves on the boards of The Ruckus Society and the Center for Story-based Strategy. He also serves on the advisory boards of The Working World and Catalyst Project. Gopal works at the intersection of ecology, economy and empire.
He has been a campaigner for Silicon Valley Toxics Coalition on human rights and environmental justice in the high-tech industry and the Oil Campaigner for Project Underground, a human rights and environmental rights organization which supported communities resisting oil and mining exploitation around the world. Gopal has been active in many people powered direct action movements, including the Global Justice /Anti-Globalization Movement, Direct Action to Stop the War, Mobilization for Climate Justice, Take Back the Land, and Occupy.

Eddie Bautista is the Executive Director of the NYC Environmental Justice Alliance (NYC-EJA), a network of community-based organizations advocating for the empowerment and just treatment of environmentally overburdened neighborhoods. Previously, Eddie served as Director of the NYC Mayor’s Office of City Legislative Affairs – where he spearheaded efforts to pass several landmark laws, including NYC’s 20-year Solid Waste Management Plan – and Director of Community Planning for NY Lawyers for the Public Interest, where he organized coalitions blocking the siting of polluting infrastructure in overburdened communities, while revising public waste and energy policies. An award winning urban planner and community organizer, Eddie has been interviewed by local and national media outlets. Several books feature Eddie’s work, including The Battle for Gotham: New York in the Shadow of Robert Moses and Jane Jacobs, by Roberta Brandes Gratz (2010); Noxious New York: The Racial Politics of Urban Health and Environmental Justice, by Julie Sze (2006), and We Won’t Move: Community Planning in “The Real Estate Capital of the World” by Tom Angotti (2008). Eddie is also a Visiting Professor at Pratt Institute’s Graduate Programs for Sustainable Planning and Development.

Elizabeth Yeampierre, a Puerto Rican civil rights attorney of African and Indigenous ancestry born and raised in New York City is Executive Director of UPROSE, Brooklyn’s oldest Latino community based organization. Her vision for an inter-generational, multi-cultural and community led organization is the driving force behind UPROSE; she is a long-time advocate and trailblazer for community organizing around sustainable just development in Sunset Park and holds a law degree from Northeastern University along with a Certificate of Non-Profit Management from Columbia University. Elizabeth is part of the New York City environmental justice leadership responsible for getting NY State’s first Brownfield legislation, Article X power plant legislation and NYC’s Solid Waste Management Plan passed. In Sunset Park, Brooklyn she facilitated an aggressive urban forestry initiative, helped double the amount of open space and developed a project that resulted in the retro-fitting and re-powering of 12 diesel trucks for a local business. She successfully organized a community coalition that defeated a 520 mega-watt power plant application. Elizabeth created a community participatory model that resulted in a community led greenway design for the waterfront. $8.4 million dollars have been allocated for the greenway and park and $36 million dollars in Brownfield remediation funds for the waterfront park. (the largest brownfield grant in New York State History) Elizabeth secured $1,000,000 for emission reduction projects that have been distributed throughout the community. Three years ago she initiated a climate adaption /community resilience effort to address local climate justice concerns for the waterfront community she lives and works in. Elizabeth serves on Mayor Bloomberg’s Sustainability and Long Term Planning Advisory Board, and served as a Commissioner on the historic NYS Traffic Congestion Mitigation Commission. Elizabeth is the first Latina chair of the US EPA National Environmental Justice Advisory Council where she initiated the inclusion of a youth forum dedicated to developing youth leadership dedicated to environmental justice.