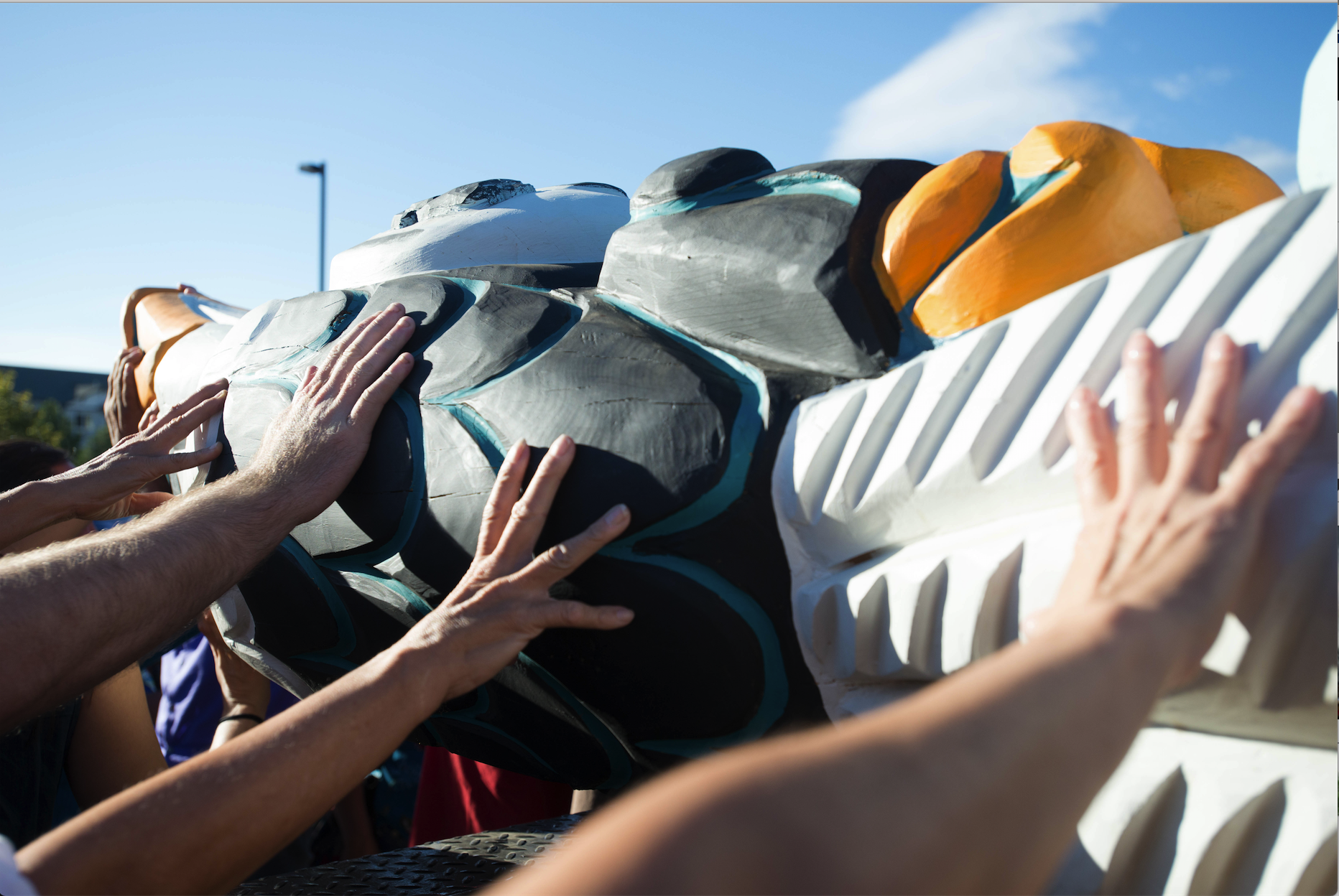 The House of Tears Carvers of the Lummi Nation will travel again across the United States and Canada with a totem pole to bring attention to proposed threats to water, land, and our collective future.

The journey follows the 2016 decision of the Corps of Engineers to deny the permit for the world’s largest proposed coal terminal at Cherry Point, WA based on its potential impacts on sacred and historic sites and the treaty fishing rights of the Lummi Nation. This tour will celebrate victories and build alliances as tribal and non-tribal communities work together for the protection of Mother Earth.

Presenters and performers will thread together our hearts and minds because what moves us is also what motivates us.

***
This event is free and open to the public.

Two days later, on October 25th, an exhibition called “Kwel’ Hoy: We Draw The Line” based on the Lummi Nation’s Totem Pole Journey will debut at the Carnegie Museum of Natural History. The exhibit was developed in collaboration by the House of Tears Carvers and The Natural History Museum. Don’t miss it!