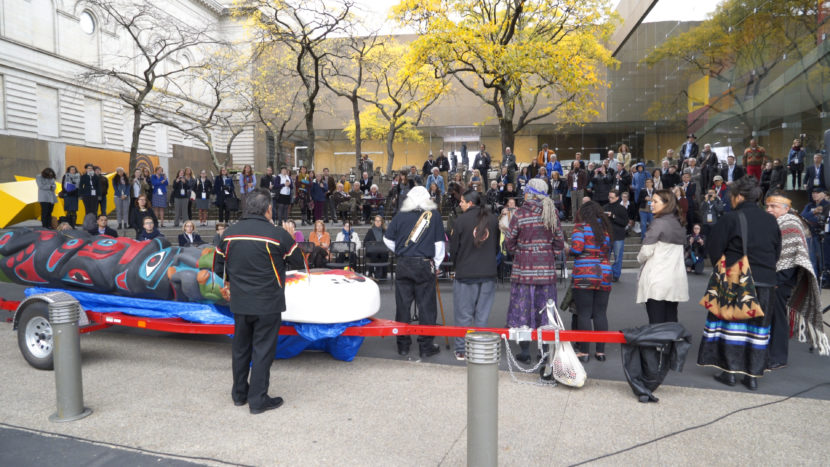 Acclaimed master carver Jewell Praying Wolf James (Lummi Nation) and Doug James (Lummi Nation) of the House of Tears Carvers will take part in a totem pole blessing ceremony led by Faith Spotted Eagle (Yankton Sioux), marking the openings of the ICOM NatHist conference The Anthropocene: Museums in the Age of Humanity and the new exhibition Kwel’ Hoy: We Draw the Line. The exhibition, hosted at the Carnegie Museum of Natural History, testifies to the courage and resilience of contemporary Indigenous tribes leading efforts to protect water, land, health, and our future.

Kwel’ Hoy: We Draw the Line is a collaboration between the House of Tears Carvers of the Lummi Nation and The Natural History Museum, a traveling pop-up museum initiated by artists, scientists, and scholars.

The pole blessing will be attended by a delegation of Tribal elders and leaders, the Mayor of Pittsburgh, and hundreds of delegates from natural history museums around the world.

See photos from the event here: 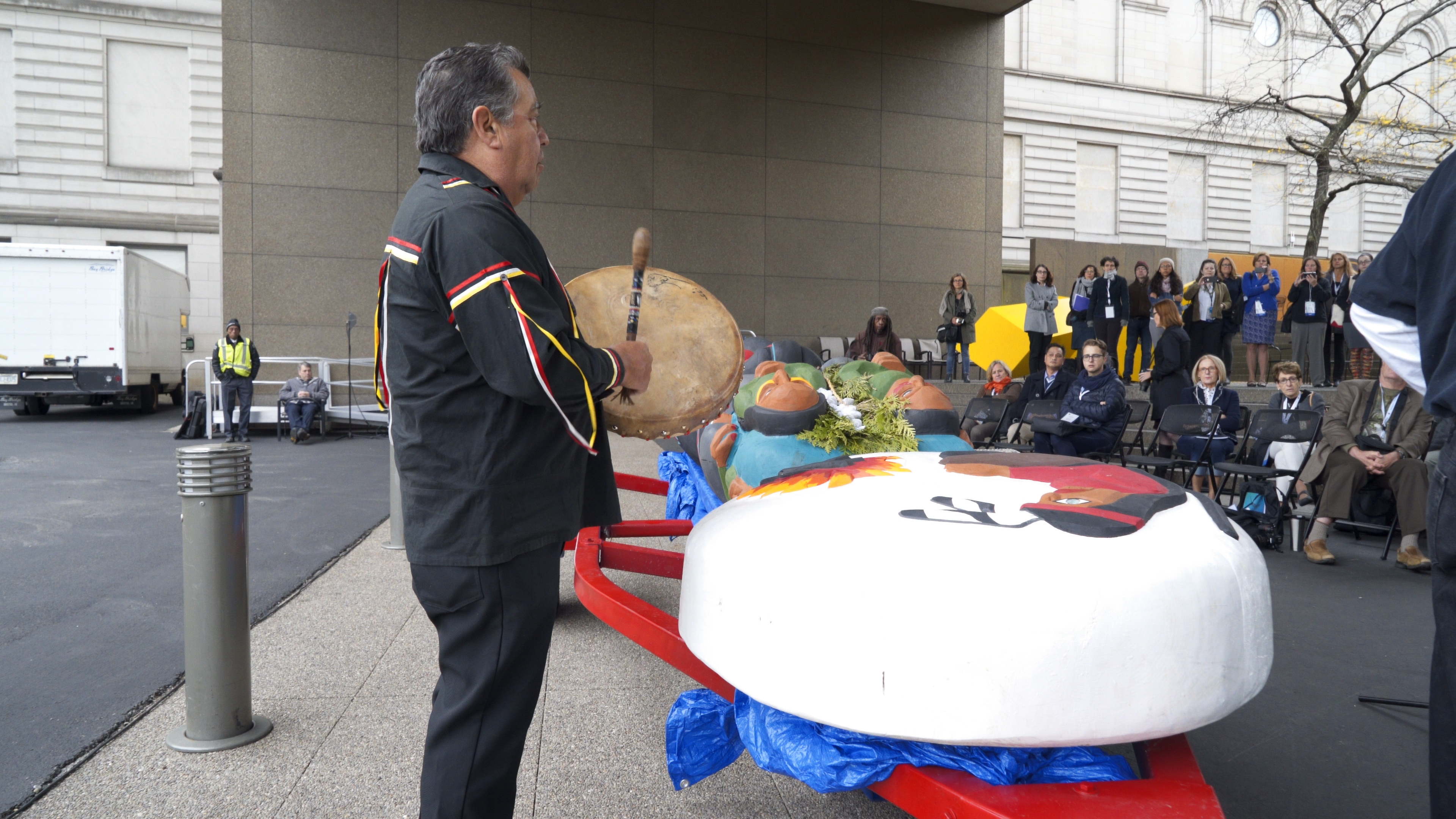 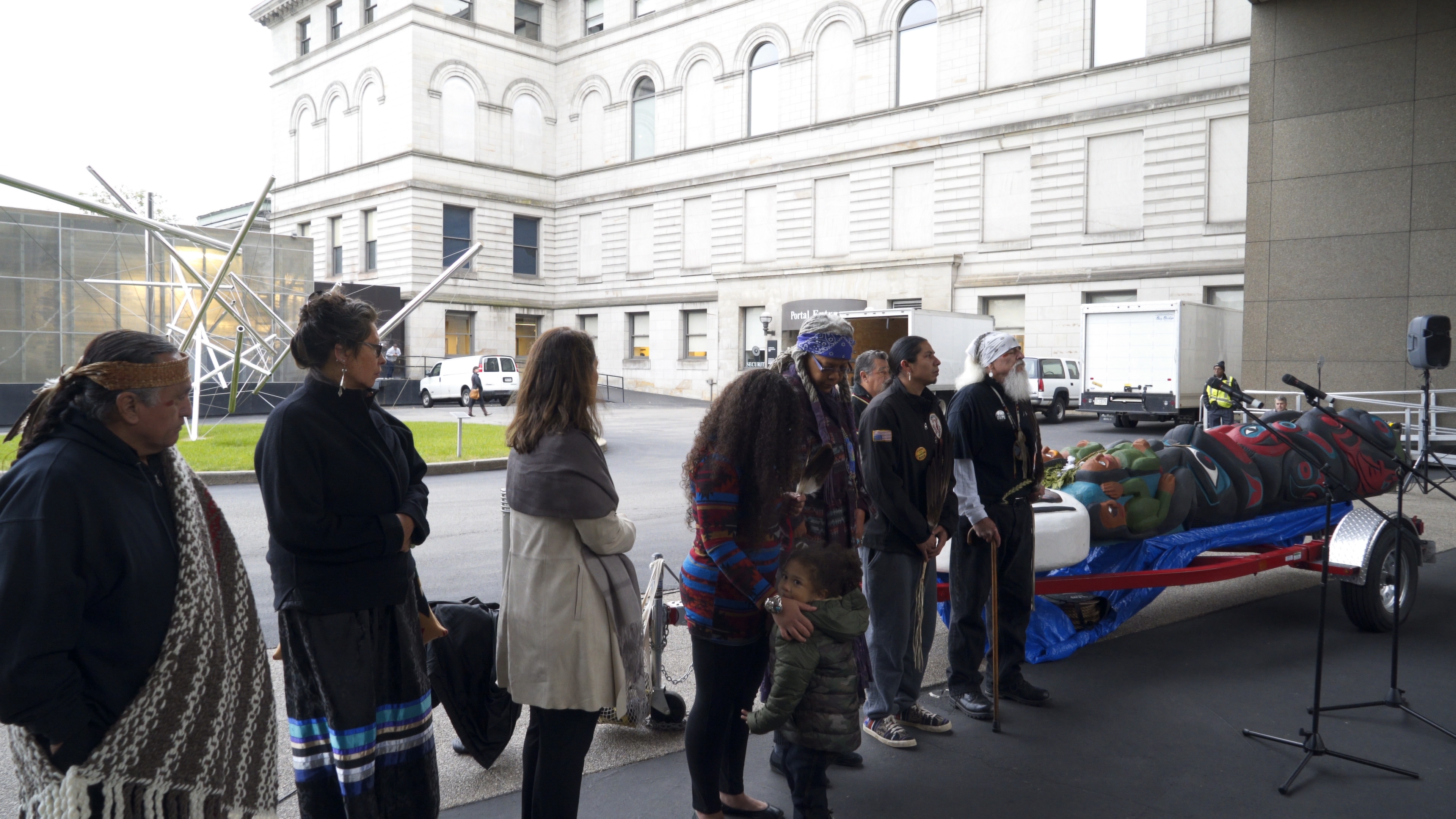 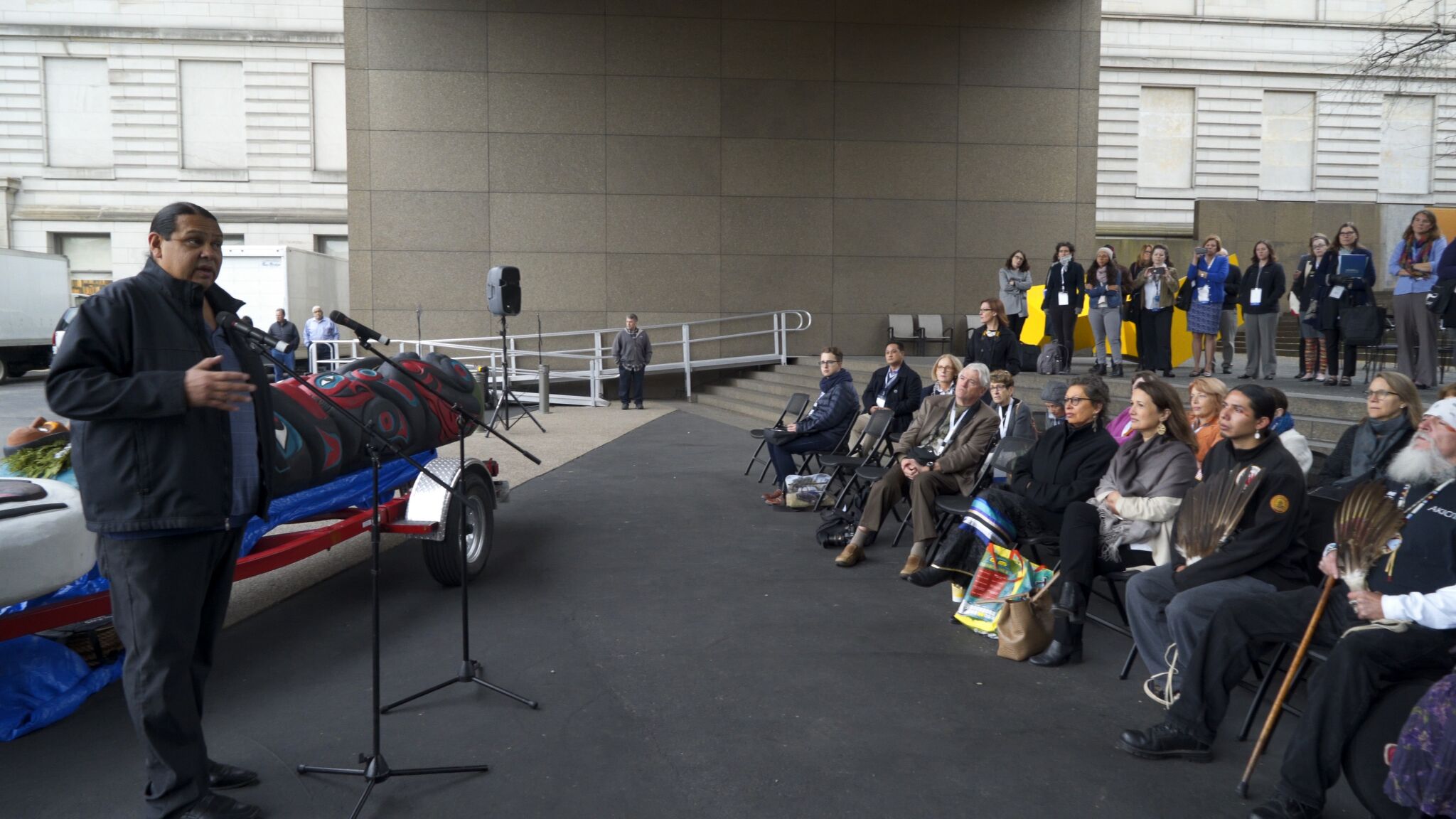 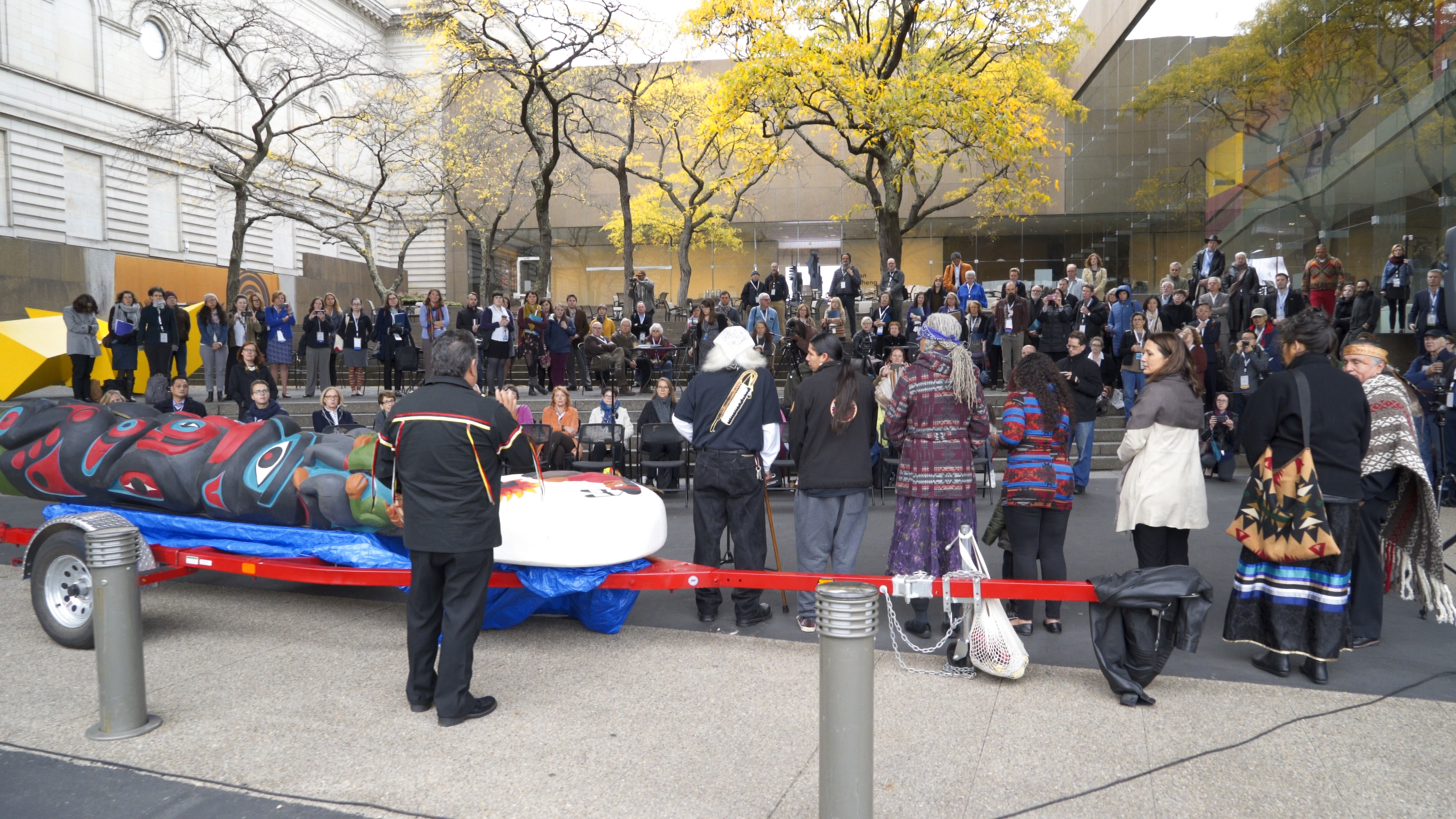 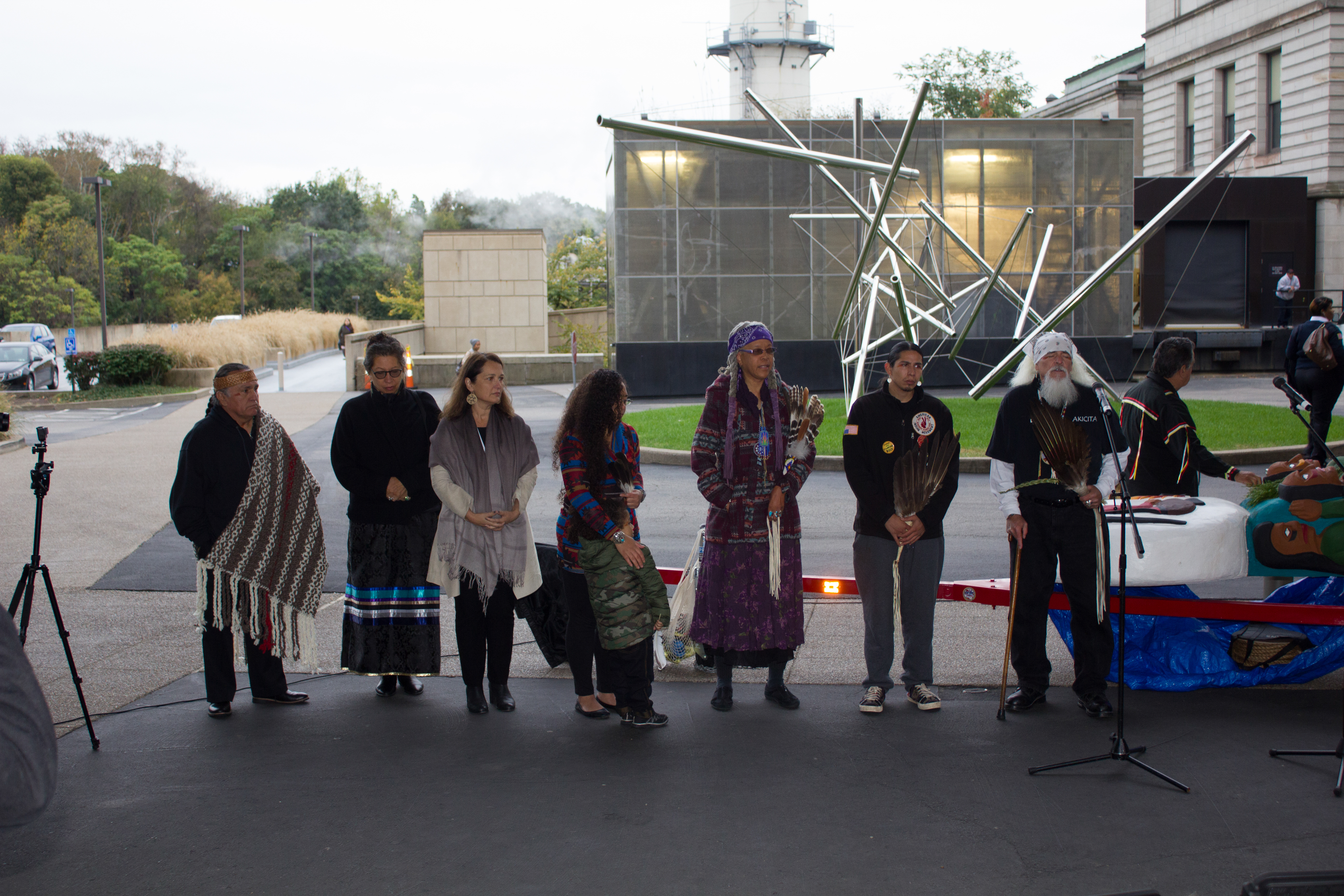 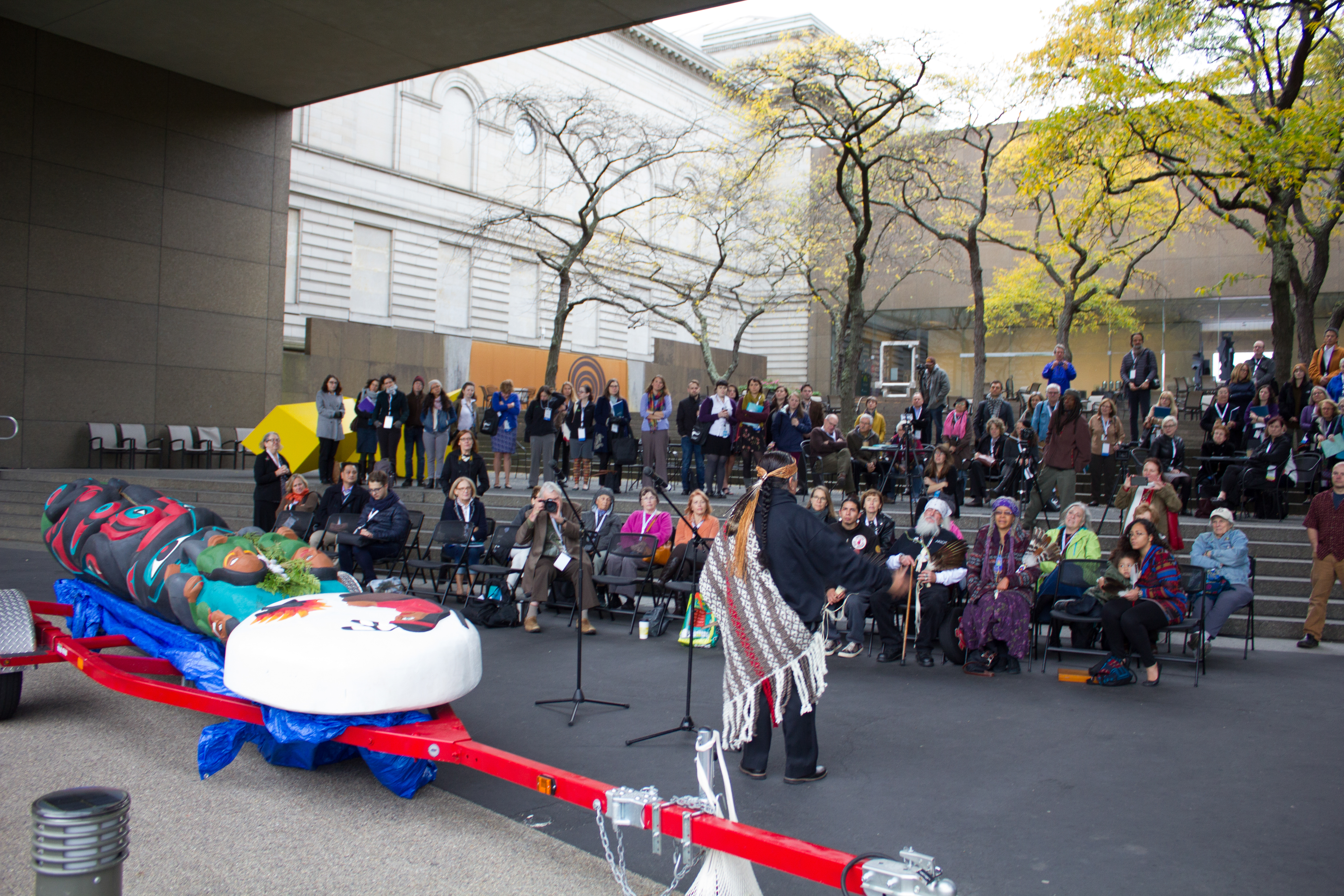 POLE BLESSING
Faith Spotted Eagle (Yankton Sioux) is a 65 year old grandmother who lives on Ihanktonwan Dakota Territory in Southeastern South Dakota. She is a founding member of the Brave Heart Society, a co-author of the International Treaty to Protect the Sacred, and the first Native American to receive an electoral vote for President of the United States. Faith is a fluent speaker of the Dakota Language and a member of the Ihanktonwan, although she descends from the Sicangu, Hunpati, Hunkpapa and Mdewakantonwan.

Jewell Praying Wolf James (Lummi), a master carver of totems or healing poles displayed around the world, selected, designed, and carved the healing totem for the Kwel’ Hoy: We Draw the Line exhibition debuting at the Carnegie Museum of Natural History. An artist of international standing as well as an advocate of worldwide environmental restoration and preservation of natural and cultural heritage sites, he is a descendant from Chief Seattle’s immediate family (after whom the city of Seattle was named), and Head Carver of the House of Tears Carvers of the Lummi Indian Nation. Jewell’s poles are installed around the world, including at the Pentagon and the National Library of Medicine.

Doug James (Lummi) is a Lummi elder, fisherman, member of the House of Tears Carvers, member of the Indian Shaker Church, and a traditional spirit dancer. He has accompanied his brother Jewell on most of the Totem Pole Journeys, transporting a series of totem poles to communities across North America to build alliances and raise awareness about threats to water, land and culture. The Lummi, the “People of the Sea,” are the original inhabitants of the Puget Sound area of Washington’s northernmost coast and southern British Columbia, Canada.