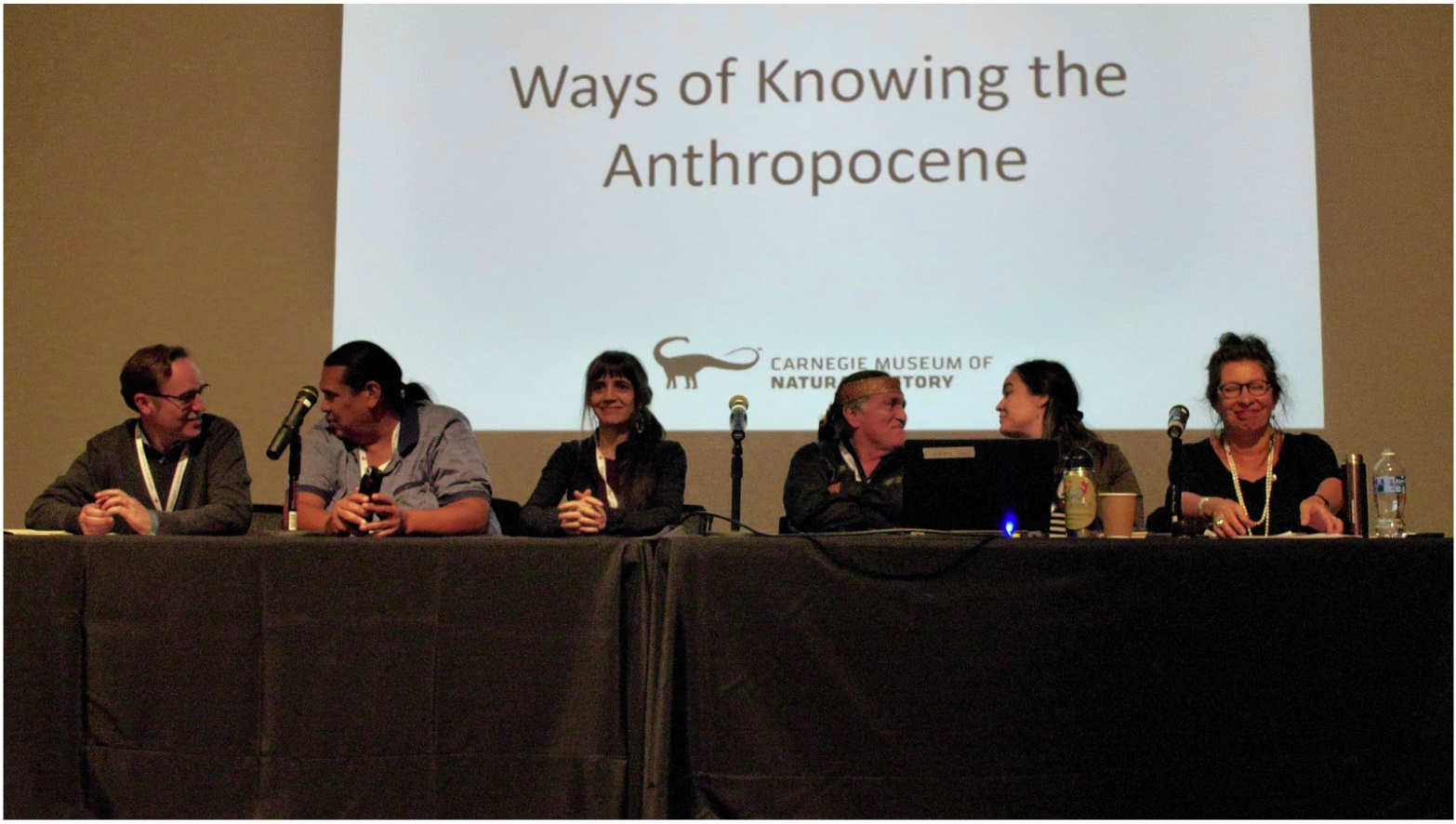 Ways of Knowing the Anthropocene: Connections to Indigenous Cultures

The late Sioux scholar Vine Deloria Jr. argued that “The primary difference between the Western and Indigenous ways of life is that Indians experience and relate to a living universe, whereas Western people reduce all things, living or not, to objects.” As representatives of museums of natural history, we are implicated in the processes of objectification and decontextualization that Deloria describes. But we also have the power to bring the past to bare on the present, and to use our resources to lift up the stories of the people who are struggling to protect the living universe for the future. In the context of the Anthropocene, when the human footprint is indelibly inscribed in the planet, we face a new responsibility to rethink our relationship to objects and to unlearn some of the ingrained habits of thought that constrain our conception of the museum, exhibition, and display. The epochal shift marked by the term “Anthropocene” provides us with an opportunity to question the epistemological foundations of our institutions and to embrace perspectives that have been historically excluded from our worldview. This panel will feature museum professionals and Indigenous leaders invested in bringing together scientific and Indigenous voices and ways of knowing. What practices of collecting, curating, and display can properly respond to the epoch in which we live? How can we not only address the Anthropocene but also learn from it?

Learn more about the conference here: