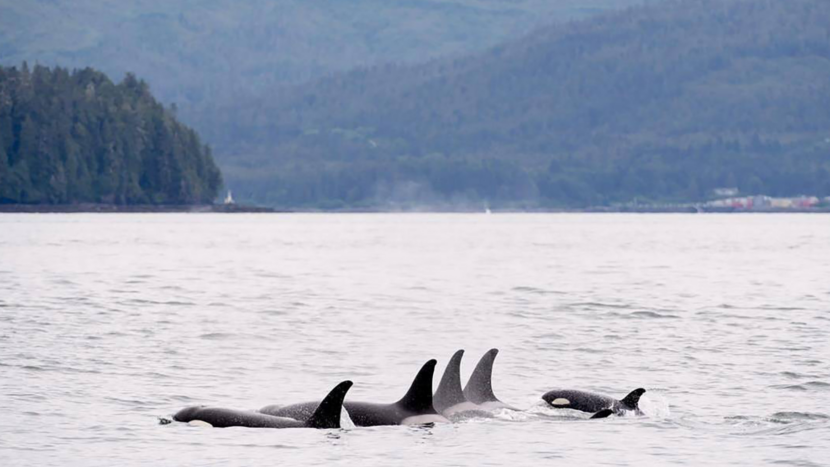 We invite you to join the House of Tears Carvers and our partners at Lummi Nation for the launch of “The Red Road to DC: A Totem Pole Journey for the Protection of Sacred Places”. The Red Road to DC is a touring series of ceremonies, public events, media projects, and campaigns culminating in a rally on the National Mall and an exhibition developed by The Natural History Museum and The House of Tears Carvers at the Smithsonian National Museum of the American Indian.

Killer whales, or orcas, are a “miner’s canary” for the ocean. Their health indicates the health of the seas, the salmon stocks, the ancestral waters and way of life of coastal Indigenous communities, and the well-being of future generations. The orca is among the most contaminated and critically endangered marine mammals in the world. From the Lummi Nation to the Tsleil-Waututh Nation, Indigenous communities in the Pacific Northwest are sounding the alarm, exposing the many threats orcas face, from outdated dams and depleted salmon stocks they depend on for food, to toxic pollution, sound pollution, and the proposed Trans Mountain Pipeline that would bring 800 new oil tankers annually to the Salish Sea.

The killer whale is one of the Lummi’s most revered relations. For the Lummi and many other Coast Salish tribes, killer whales are kin. Qw’e lh’ol mechen, the Lummi word for killer whale, translates to “our people who live under the sea”

House of Tears Carvers of the Lummi Nation have created more than 15 totem pole journeys over 20 years, covering more than 60,000 miles as they traveled to communities across North America facing threats to natural and cultural heritage, tribal sovereignty, public health, and the climate.

Se’Si’Le is the Lummi language term for our grandmother. Respect for elders is central to Native life: to acknowledge Grandmother Earth is to invoke ancestral and cultural power. Se’Si’Le reintroduces Indigenous spiritual law into the mainstream conversation about climate change and the environment.

Native Organizers Alliance (NOA) is dedicated to building the organizing capacity of tribes, organizers and community groups for transformational policy change. It also provides a forum for Native leaders, organizers and organizations to work in collaboration with each other and promote their work with non-Native national allies.

IllumiNative is building an innovative organizational network that fosters meaningful participation from a diverse and committed collective of Native storytellers, artists, youth, organizers, tribal and grassroots leaders as well as non-Native partners in entertainment, media and social justice.