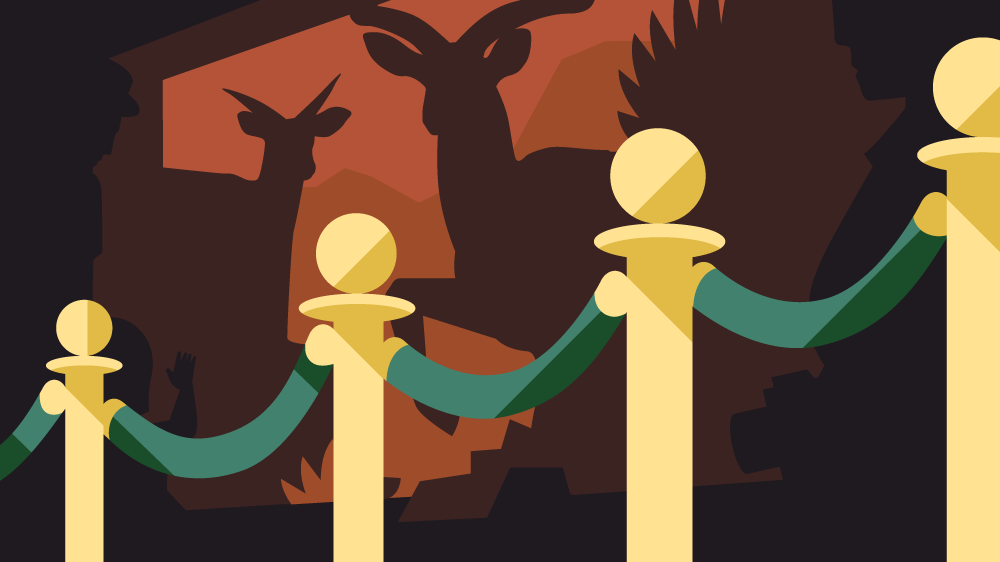 Institutional critique expresses and comes up against the limits of the institution. When the practice first came to the fore, artists were responding to the institution as a repressive and bureaucratic body. The institution denoted an exclusive, hierarchic, and unaccountable site marked by seemingly intractable power relations. At the same time, its critique indicated that the institution was worth fighting for as a site that both represented and supplied basic societal infrastructure.

More recently, market pressures on a wide array of social and cultural institutions have intensified. Instead of operating through mechanisms of centralized control, contemporary power relations are fragmented, decentered, networked, and privatized. Institutions are crumbling, losing power and resources. This disintegration of collective infrastructure reveals that no institution was ever as unified or total as some of its critics implied, relying instead on fluid and uneasy combinations of ideals, limits, and possibilities.

The panel looks at ways artists and activists borrow the vocabulary of the museum and in so doing extend the political potential already dividing the institution from within. Such artistic practices of political extension may be invited or uninvited, done in collusion with curators or to their chagrin. As they raise the question of who speaks on behalf of the institution, they activate a split, suggesting ways to work within as well as against—affirming the value of the institution as a resource for the production of culture, collectivity and social solidarity.

Hans Haacke is a German-American conceptual artist whose controversial works expose the interconnectivity of culture, politics, corruption, and greed. Spanning a range of mediums and drawing upon a variety of contemporary art strategies, from Conceptualism to Land Art, Haacke’s muckraking work often throws back the curtain on the culture industry, probing the shady dealings of museum trustees or other officials who control what is promoted and displayed. As a result of his work, Haacke–who has said he intends his art to “convict” its subject–is regarded as a forefather of an artistic approach known as institutional critique. He has been awarded many prizes, which include the 1993 Golden Lion of the Biennale di Venezia.

Mark Dion is known for making art out of fieldwork, incorporating elements of biology, archaeology, ethnography, and the history of science, and applying to his artwork methodologies generally used for pure science. His art uncovers the structures that govern the natural world, dissolving the boundary between nature and culture; in his view, ‘nature is one of the most sophisticated arenas for the production of ideology’. Traveling the world and collaborating with a wide range of scientists, artists, and museums, Dion has excavated ancient and modern artifacts from the banks of the Thames in London, established a marine life laboratory using specimens from New York’s Chinatown, and created a contemporary cabinet of curiosities exploring natural and philosophical hierarchies. Dion has a longstanding interest in exploring how ideas about natural history are visualized and how they circulate in society. Dion’s work has been presented at many U.S. and international museums and galleries.

Gavin Grindon is Visiting Research Fellow at the Victoria & Albert Museum, and lecturer in contemporary art and curating at Essex University. He co-curated the exhibition Disobedient Objects (V&A, 2014-15), and organized the conferences The Politics of the Social in Contemporary Art at Tate Modern, 2013; Art…What’s the Use at Whitechapel Gallery, 2011; and Revising /Revisiting the Avant-Garde at Kingston University, 2009. Gavin is currently writing a history of activist-art. He co-authored A User’s Guide to Demanding the Impossible, first distributed in 2010 in occupied art schools across London during protests against cuts and fee rises. He has published in Art History, the Oxford Art Journal, Third Text, Radical Philosophy and the Journal of Aesthetics and Protest.

Steve Lyons is an artist and researcher based in Montreal, where he is pursuing his PhD in Art History at Concordia University. His dissertation studies the history of alternative art spaces in New York, with a particular focus on the changing use of the term “alternative” since 1979. He has published articles in C Magazine and Border Crossings, and his artwork has been exhibited in Paris, Toronto, and Montreal.