Home > Blog > Spring Update: Lessons from the last 8 years, and a Gathering of Eagles

Home > Blog > Spring Update: Lessons from the last 8 years, and a Gathering of Eagles 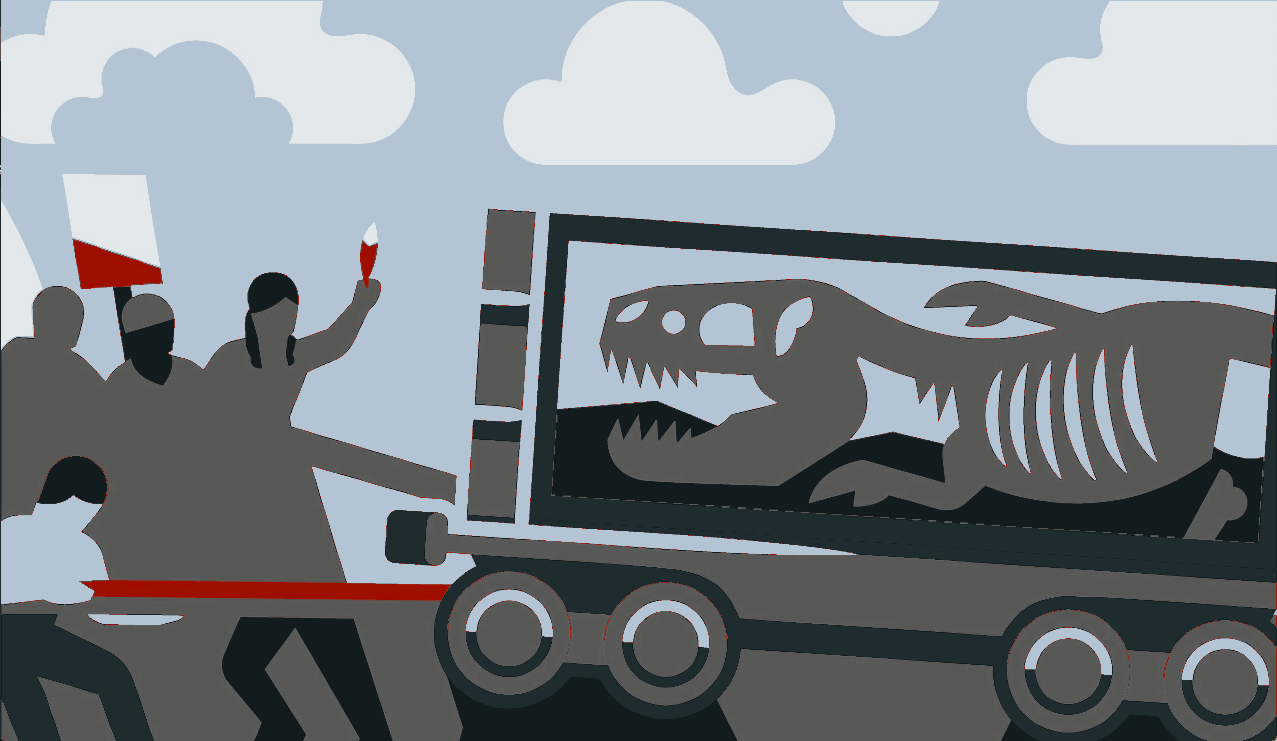 Historian Howard Zinn famously argued: “you can’t be neutral on a moving train.” Simply by standing still, you are complicit in the direction the train is moving. In the context of the climate and biocultural diversity crises, the train is hurtling towards a cliff.

Over the last eight years, The Natural History Museum has worked to both model and shine a spotlight on practices that embody a natural history for the future, in which communities, scientists, and scholars work to pull the proverbial train in a different direction–toward a just and livable future for all life on Earth.

This week, we’re taking the opportunity to look back at the lessons we’ve learned so far, and where we need to go from here. Join us on the journey: read our latest essay in Society and Space, take action to stop salmon extinction, and make a donation to support this work.

Coming out the Other Side: Notes on an Eight-Year Expedition into Natural History

Since launching The Natural History Museum in 2014, our team has experimented with a model of museum practice that does not simply represent environment injustice, but actively supports the movements struggling against it. We’ve worked with scientists on fossil fuel divestment campaigns, Latinx communities fighting for environmental justice along the fence-line of Houston’s petrochemical complex, and Indigenous communities working to protect sacred lands and waters from extractive industries.

We recently took the time to take stock of what we’ve learned over the past eight years, and where we’re going from here.

Read our latest essay, “Coming Out the Other Side: Notes on an Eight-Year Expedition into Natural History,” out now in Society & Space.

We’re back from traveling with the Spirit of the Waters Totem Pole Journey through tribal lands and urban centers in Oregon, Idaho, and Washington State. As part of the journey, we installed the Whale People: Protectors of the Sea exhibition, with a 3,000 pound orca totem pole, salmon carvings, and IMAX-style film, at the University of Oregon in Eugene and the Tamastslikt Cultural Institute on the Confederated Tribes of the Umatilla Indian Reservation.

At each event, Indigenous leaders, fishers, and culture-bearers spoke to the ancestral knowledge, ceremonial practices, and histories that inform their relationship to and work on behalf of the salmon, the orcas, and the waters.

More than a century ago, the United States government signed treaties and other legally-binding agreements with Northwest Tribes promising fishing rights and abundant salmon in perpetuity. But the Snake River dams are driving salmon to extinction, and leaving the Salish Sea orcas without any food.

Recently, 60 Northwest Tribal Nations spoke in one voice, calling for the removal of the Snake River dams. Together, we can stop extinction and lead the largest salmon restoration in history. But it won’t happen without your support.

Take Action: call on the U.S. government to honor
the treaties and remove the dams so the salmon
and Northwest cultures can thrive. 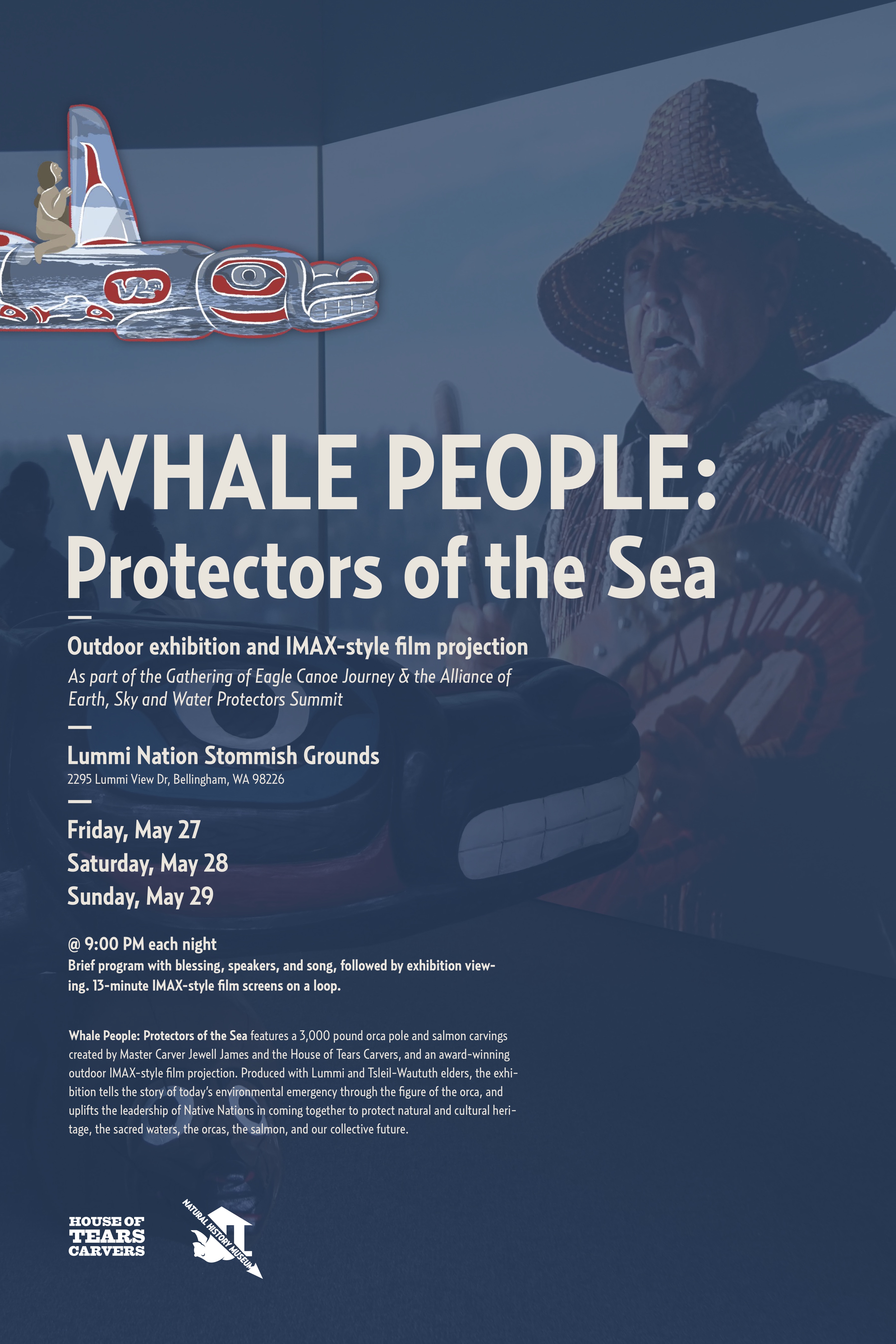 This weekend the Whale People exhibit will be on display at the Lummi Nation, with nightly screenings during the Gathering of Eagles events from
May 27-30. Our team will document the events, including a canoe journey convergence, potlatch, and inaugural convening of the cross-cultural and intergenerational Alliance of Earth, Sky, and Water Protectors where we will support youth activists with media production skills training.

The Gathering of Eagles brings together canoe families from across the Salish Sea, and dozens of Indigenous and frontline community organizers to build solidarity across campaigns to stop oil, gas, and extractive industries, and to honor and celebrate Lummi elder and veteran land defender Jewell James.

For decades, Jewell James and the House of Tears Carvers have been carving totem poles, putting them on flatbed trailers, and bringing them to communities across North America, marshaling the power of tradition to build alliances in the struggle to protect the land and water for the future generations.

With every totem pole journey, the House of Tears Carvers show us how the material culture that is so often sealed behind glass in our country’s natural history museums can be mobilized in the world—to not simply reflect the world as it hurdles towards collapse, but to actively build another world that cannot be bought and sold to the highest bidder: a world in common, based on a logic of reciprocity and collective care for generations past, present and future—of humans, non-humans, the water and the land. 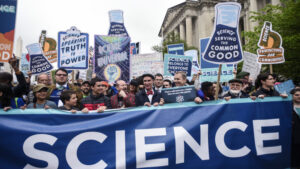 March of the Penguins & Both Poles of the Planet 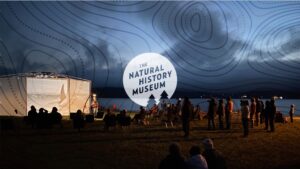 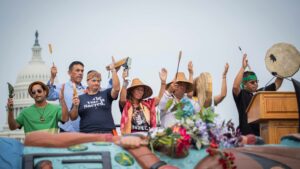